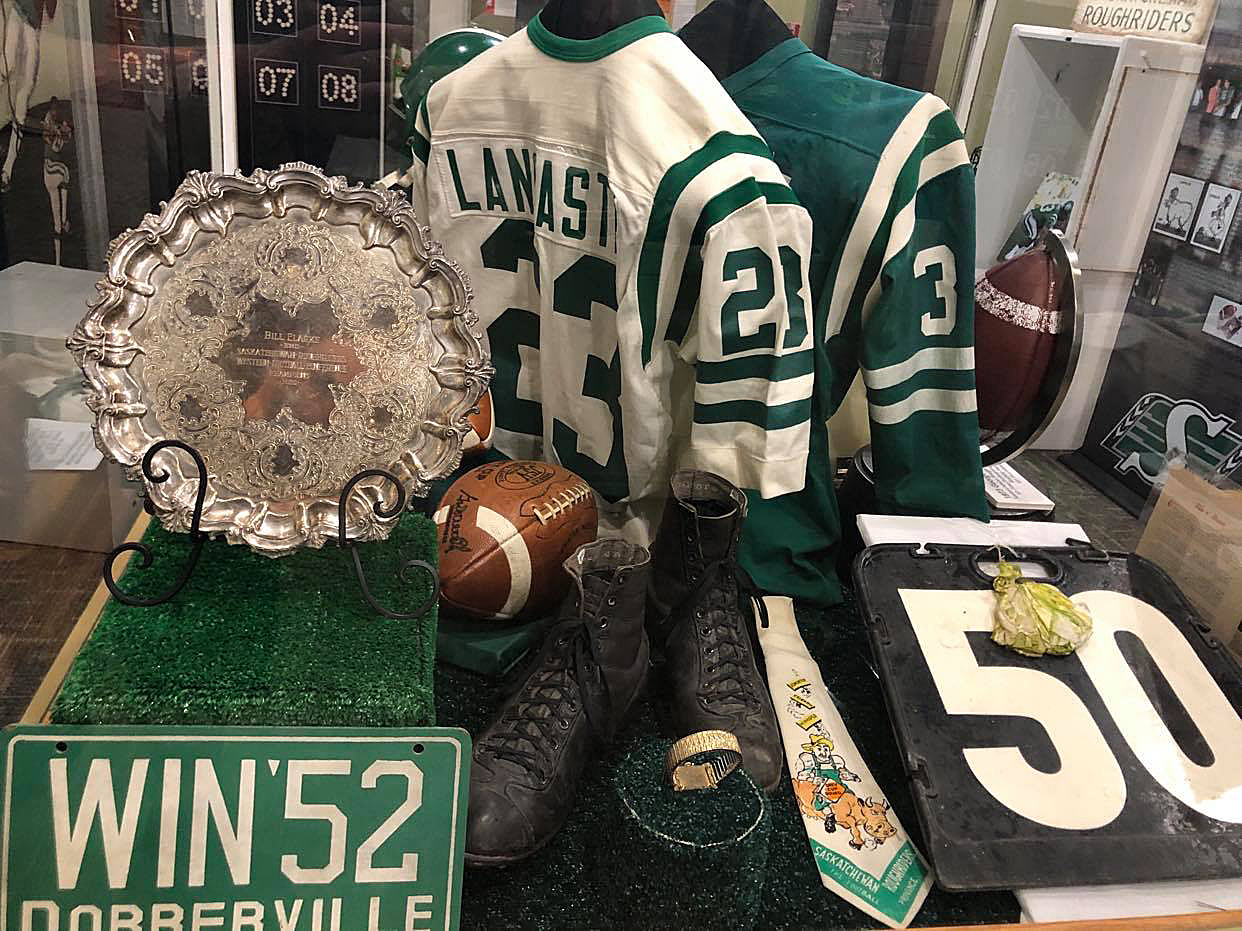 Since its earliest days as a province, Saskatchewan has loved football.

The Saskatchewan Sports Hall of Fame’s newest exhibit: Prairie Pride: A History of Saskatchewan Football celebrates the teams, athletes and builders that helped grow the game in those early years and the legends who have etched their names in our provincial sporting lore over the decades that followed. 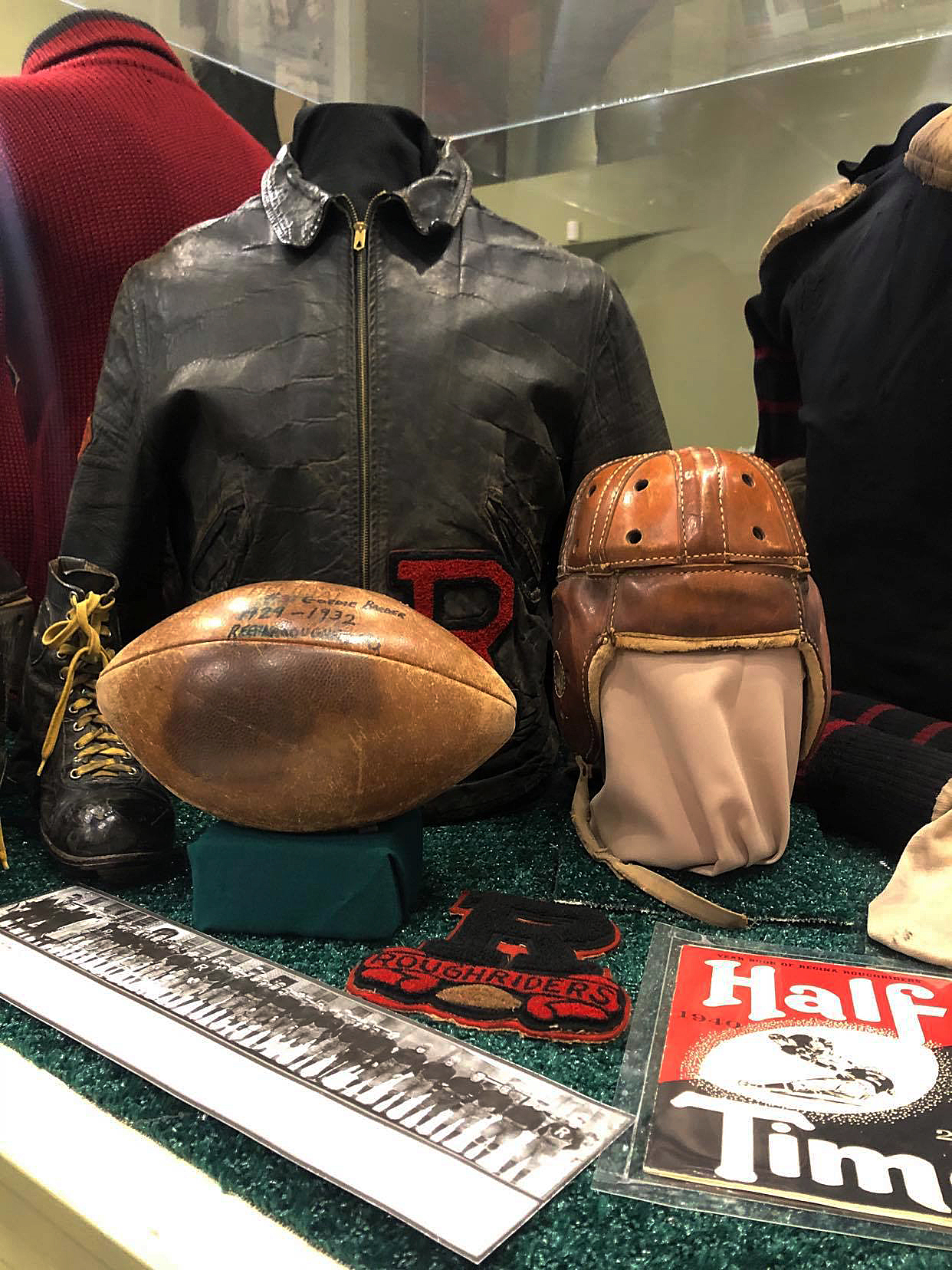 Artifacts from the Regina Roughriders dating back to the era when the team’s colours were black and red.

Prairie Pride opened on September 2, 2020 and features a number of exhibits from our collection that span the history of the game from its roots in rugby more than one hundred years ago to the modern age. The exhibit also features short vignettes that will run on our touch-free video wall.

Featuring unique artifacts from some of the sport’s greats in the province – Ron Lancaster, George Reed, Paul Dojack, Dave Ridgway, Glenn Dobbs, Bobby Jurasin and many more – Prairie Pride will bring back a flood of memories for Saskatchewan Roughriders fans.

Saskatchewan’s love for football extends well beyond the professional game and Prairie Pride reflects that.

Prairie Pride was also awarded an “ISHY Award” from the International Sports Heritage Association (ISHA) at their annual conference on October 28, 2021. This is the fourth time, the SSHF has been honoured with an ISHY Award.

The exhibit also features artifacts from the Regina Dales, the province’s first national junior football champions, through to the national championship teams of the Regina Rams, Saskatoon Hilltops and the University of Saskatchewan Huskies.

Also featured are Saskatchewan’s women’s teams – the Saskatoon Valkyries and the Regina Riot. They are still the only teams to have ever won the Western Women’s Canadian Football League championship as they ink another chapter in the rich history of Saskatchewan football.

You can also now explore Prairie Pride through our virtual tour!