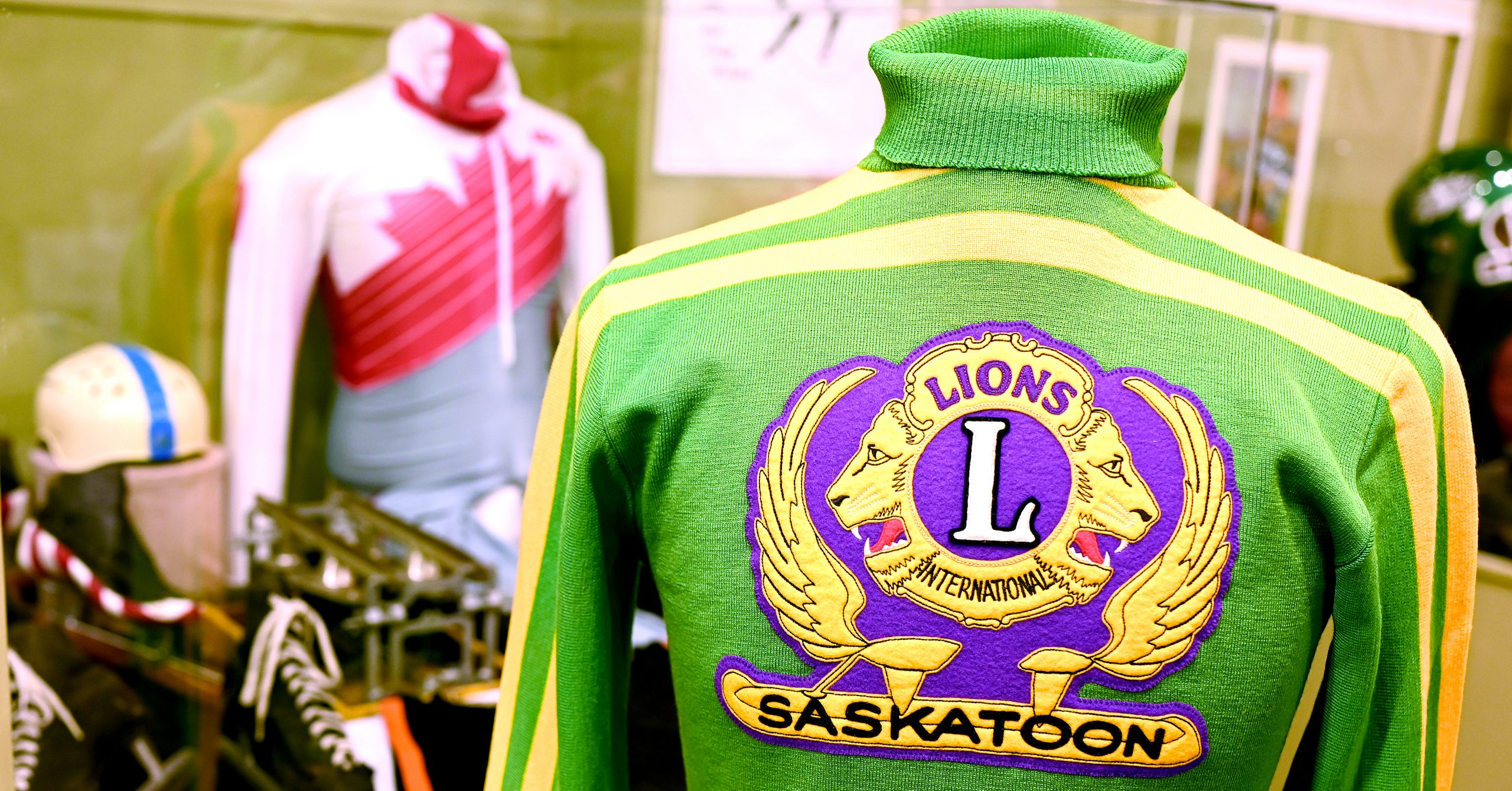 Athletic uniforms imbue the wearer with a sense of pride. That pride extends beyond the athletes who wear them and to the fans who support them. Beyond being a symbol of a team or a community, sporting uniforms and equipment are also highly functional.

The Saskatchewan Sports Hall of Fame’s latest featured exhibit Athletic Fashion celebrates uniforms and equipment, their look, their evolution, and their place in sporting history.

Whether clothing has changed due to safety standards, advancement in textiles and techniques or changing fashion trends, these modifications have helped athletes excel at their game. 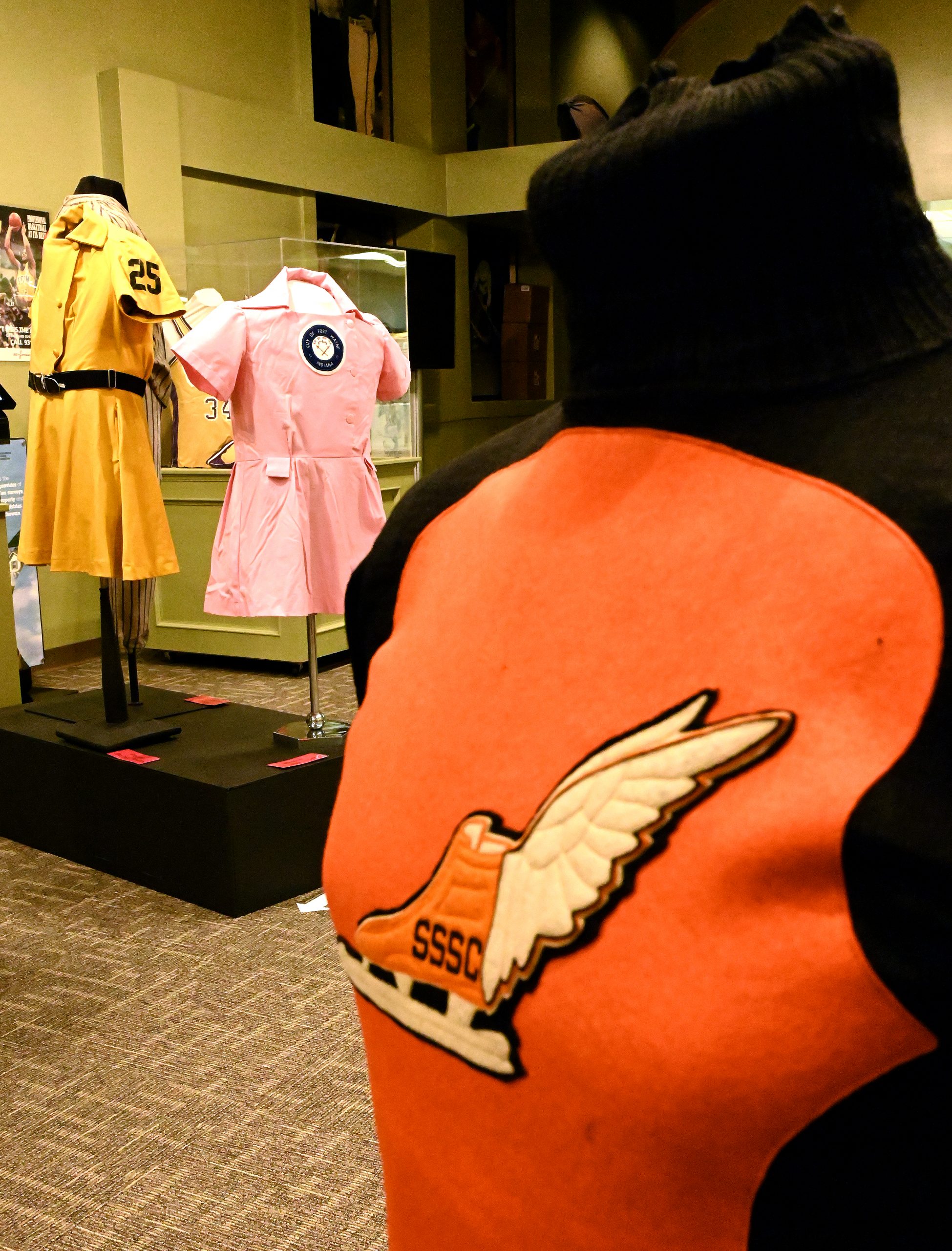 A Saskatoon Speed Skating Club sweater belonging to inductee Eleanor (Powley) Van Impe from the 1930s is in the foreground with a pair of replica uniforms – complete with skirt – from the All-American Girls Professional Baseball League as part of the Athletic Fashion exhibit at the SSHF.

As uniforms become more advanced they also have become more distinct. On display in Athletic Fashion are three wool sweaters: Toar Springstein’s Regina Dales junior football uniform from the 1930s, a Sutherland hockey club jersey from the 1913-14 season, and a Saskatoon Lions Speed Skating Club sweater from the 1940s. These sweaters are all quite similar in style and weight, but their modern counterparts couldn’t differ more. Modern football jerseys are tapered and form-fitting, hockey jerseys are loose and light, while speed skating skins are tight for better aerodynamics.

However, there has also been a history of impracticalities in sport attire. Women’s sport apparel was often designed to promote beauty standards of the time over functionality. Clothing then focused on the appealing look of a uniform over its ability to serve the athlete’s goals. The All-American Girls Professional Baseball League – made famous in the film A League Of Their Own – had its players wear skirts in an effort to draw fans. While that may seem like out-fashioned thinking, some of those same battles for equality remain today. Norway’s women’s handball team was fined for wearing practical shorts rather than standard bikini bottoms. However, the discussion that followed led to a change – as of January 2022, women’s handball teams will not be required to wear bikini-style garments.

Sport uniforms and equipment thus change as a result of technological advancements, changes in gameplay, and societal standards placed upon athletic attire. Although changes continue to be made, Athletic Fashion showcases the developments that have been made while considering potential future changes in athletic apparel.