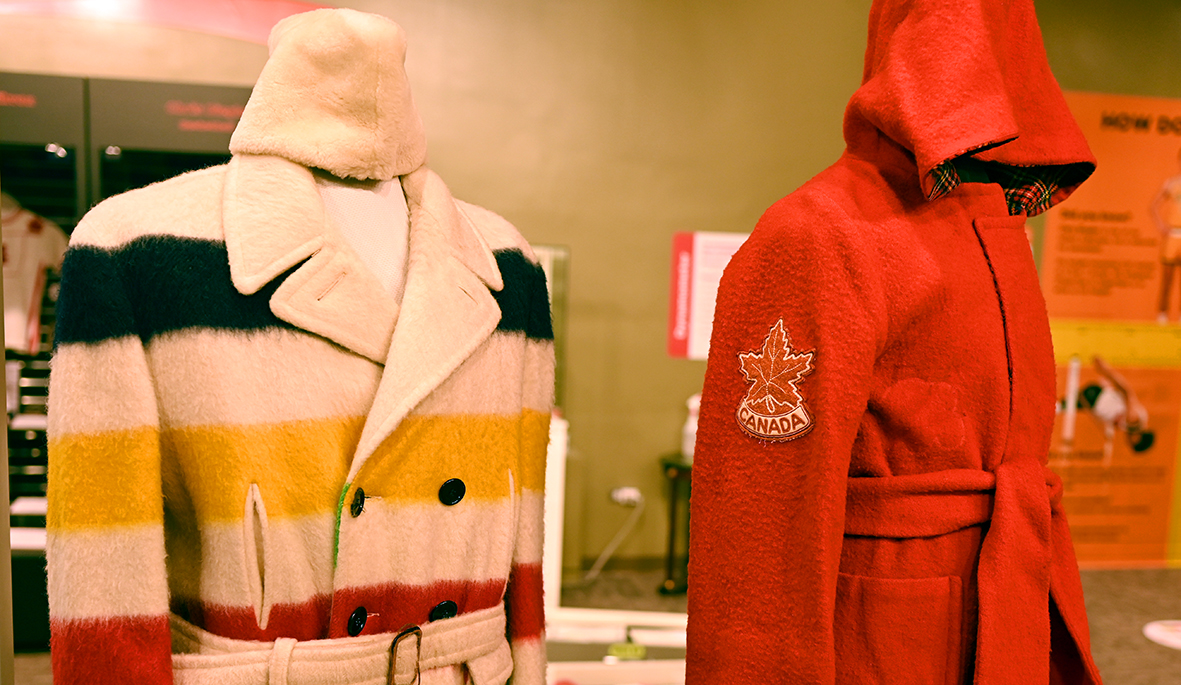 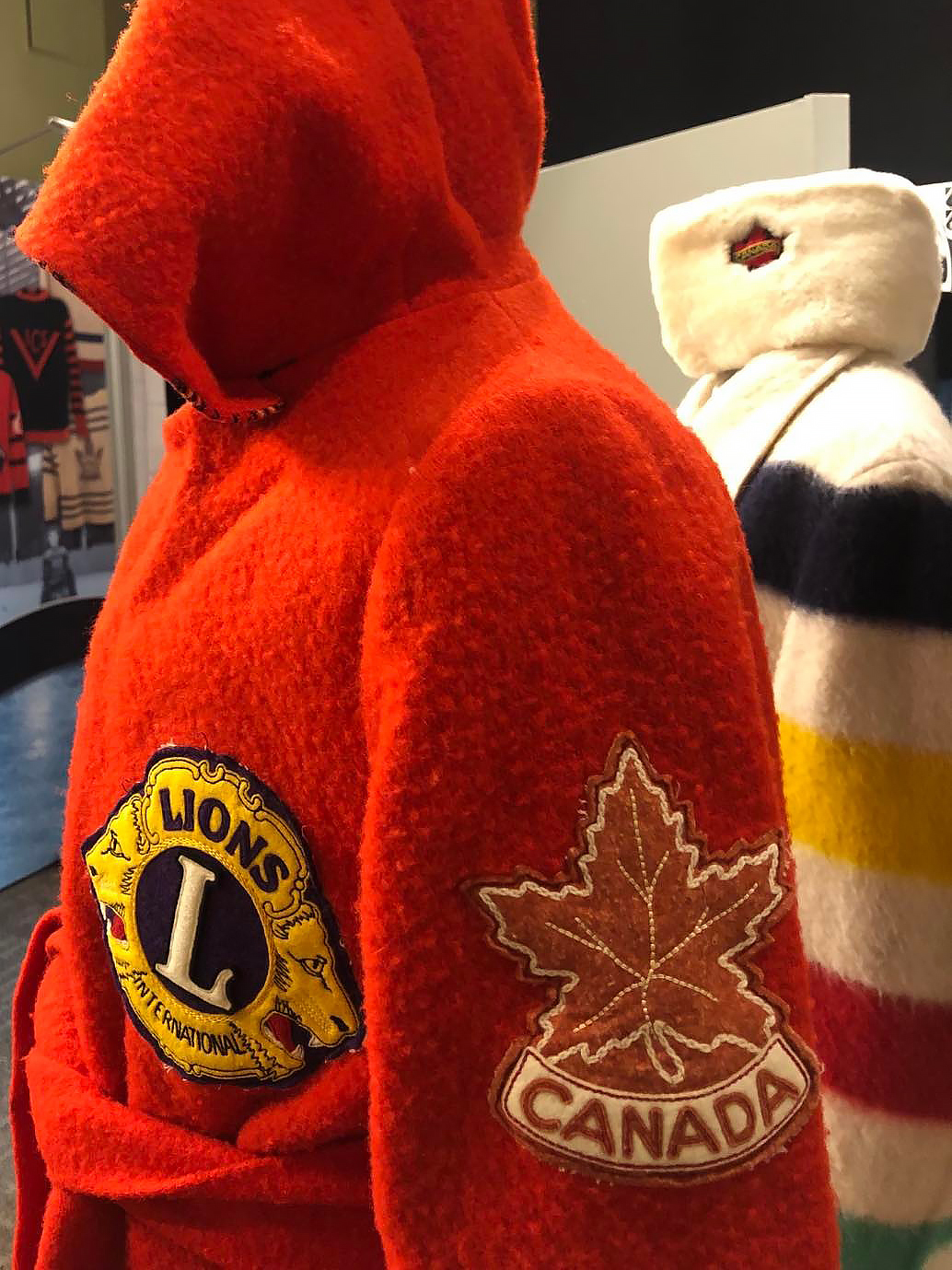 Craig Mackay’s Olympic warm-up robe (foreground) features the logo of the Saskatoon Lions Speed Skating Club as well as the Canadian Olympic symbol. In the background is Kenneth West’s Hudson Bay jacket and hat from the 1964 Innsbruck Winter Olympics. West, father of SSHF inductee Dale West, was a coach on the Canadian speed skating team at the Games.

Saskatchewan has produced many athletes and builders who excel in winter sports. These individuals have been able to use their talent and passion at the Olympic level. The Saskatchewan Sports Hall of Fame has 29 inductees who were also Winter Olympians. An additional nine inductees have been involved as coaches, officials, and sport medics.

The province was first represented at the inaugural 1924 Chamonix Olympics through hockey player William Beattie Ramsay. After 1932, an inductee would not compete in the Winter Olympics until Craig Mackay’s appearance in 1948. Since then, Saskatchewan athletes and builders have consistently been involved with the Winter Olympic Games. 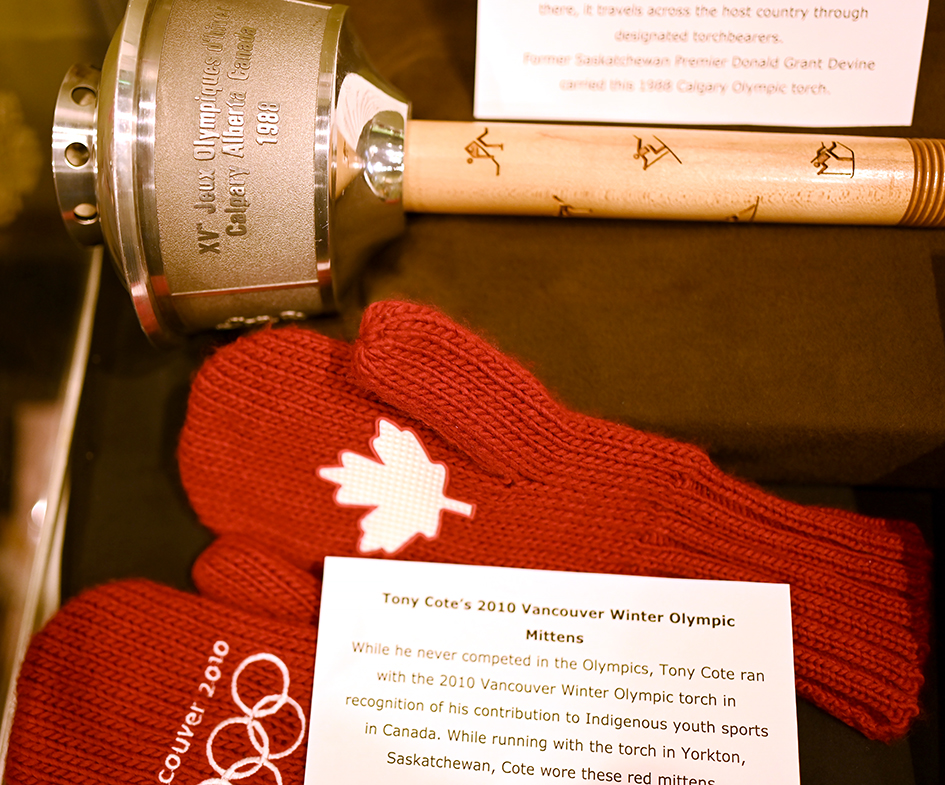 A torch from the 1988 Calgary Winter Olympic Games torch relay is pictured next to Tony Cote’s 2010 Vancouver Winter Olympic mittens that he wore while running with the Olympic torch in Yorkton.

SSHF inductee and multi-Olympic medalist Catriona Le May Doan is the Canadian Chef de Mission. Adam Burwell (snowboard), Todd McClements (speed skating), and Lyndon Rush (bobsleigh) are attending as coaches. Rush is an incoming member of the SSHF who will be inducted with the next class.