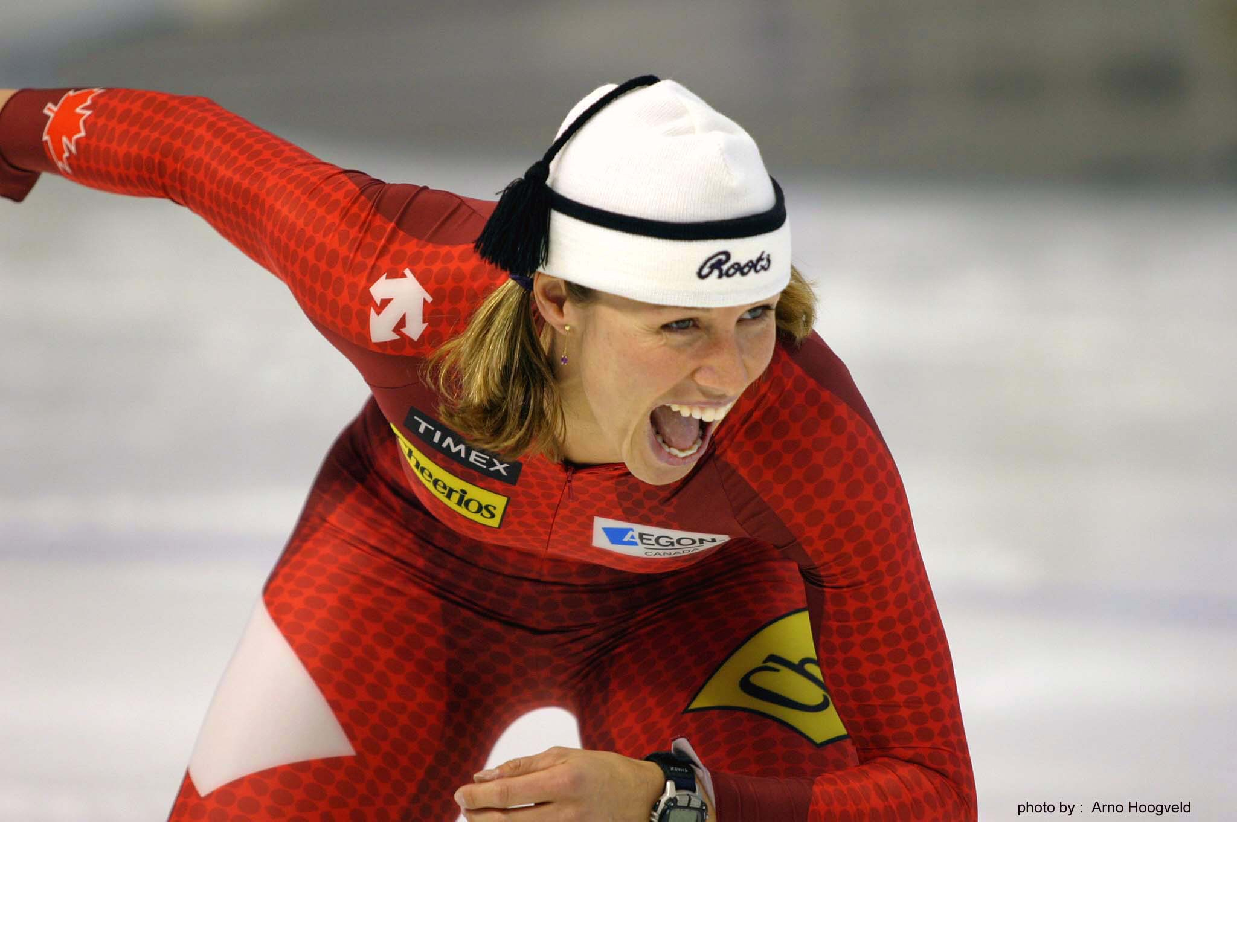 The Saskatchewan Sports Hall of Fame hosted its first Women in Sport Panel in 2019 to coincide with National Women’s History Month.
For 2020, the SSHF is proud to present a Women in Sport Series featuring conversations with SSHF inductees.
For our first Women in Sport Series discussion, we were pleased to have Daniella Ponticelli from Global Television in Regina sit down in conversation with speed skating great Catriona Le May Doan.
Le May Doan won consecutive Olympic gold medals in the 500-metre sprint in 1998 and 2002 and also won a bronze medal in the 1,000m in 1998.
The Saskatoon speed skater set world and Olympic records in the 500m and was the first woman to break the 38-second barrier. In addition, she has two world sprint titles and three world 500m titles to her credit.
Le May Doan was the Canadian flag-bearer at an Olympic opening and closing ceremony and she is one of two Saskatchewan athletes who have won the Lou Marsh Award as Canada’s top athlete.
She has been inducted into Canada’s Sports Hall of Fame and has been made an Officer of the Order of Canada. She is currently the President and CEO of Sport Calgary.
Please follow us on our social media channels for the next edition of our Women in Sport video series.