Each year our Induction Weekend brings on tons of excitement as we welcome friends, families and our new inductees into the Saskatchewan Sports Hall of Fame (SSHF). This year, although we made a few changes to the event, the SSHF wanted to ensure that the focus was our inductees, both past and present, and to celebrate everyone’s amazing accomplishments.

First, past inductees were invited to a private reception (catered by Crave Kitchen + Wine Bar) on Friday night at the SSHF where they were able to greet the 2012 Inductees into the Hall of Fame. On Saturday morning, our 2012 Inductee invited friends and families to the Hall of Fame to explore their personalized exhibits, which will be on display till next Spring.  Then Saturday night was the Induction Ceremony and in front of a sold out crowd the SSHF first welcomed all past inductees, and, of course, the class of 2012. Listed below are all past inductees that were recognized:

2012 Parade of Past Inductees

We would like to thank all of our past inductees for attending our
46th Annual Induction.
The Saskatchewan Sports Hall of Fame greatly
appreciates your continued support!

The Saskatchewan Sports Hall of Fame would also like to thank our sponsors for their generous support! 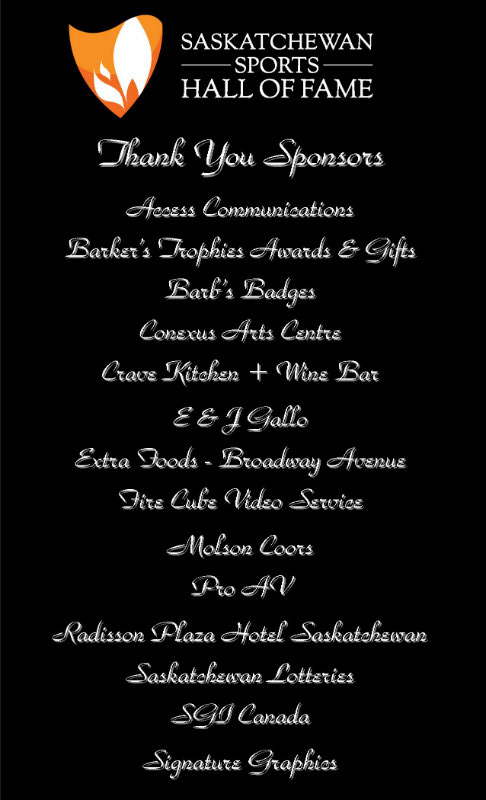