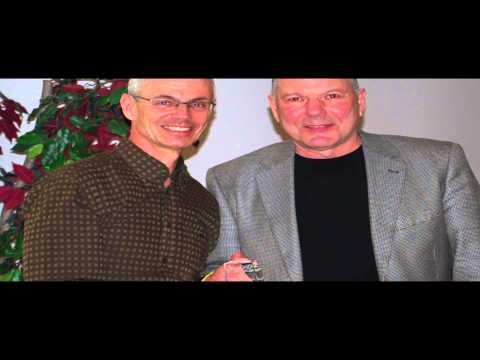 Donald Gallo first encountered the triathlon while watching “The Wide World of Sports” on TV in the early 1980’s.  Having recently moved to Saskatoon, he began to seek out and compete in triathlon events around Saskatchewan.  He soon realized there was a need for leadership and organization for the sport within the province, and quickly moved to fill that void.

Using the entry lists of provincial races as reference, Gallo contacted other Saskatoon triathletes to come to an informal meeting at his home.  By 1985, those informal meetings had become the first triathlon club in Saskatchewan, the Saskatoon Triathlon Club Incorporated (STCI).

Also in 1985, Gallo led the creation of the Saskatchewan Triathlon Association Corporation (STAC), to give the sport some oversight at the provincial level.  He served as the association’s president for its first six years.  A volunteer position, the president was responsible for all aspects of the association at that time—from keeping race records to maintaining membership information to writing and distributing the association newsletter.  Gallo even designed the original STAC logo which was used by the association up until 2008.

In 2008, Gallo returned to the STAC Board of Directors as the Director of Officials.  He took it upon himself to complete National Technical Official training, and to secure funding for STAC to train additional NTOs, ensuring that triathlon events in the province would have access to advanced officials.  He has also personally trained more than sixty level one and level two officials in Saskatchewan.

Gallo continues to seek out opportunities to expand his knowledge and training as an official.  He served as a National Technical Official at an International Triathlon Union (ITU) event in Edmonton in 2011, featuring the world’s best triathletes.  He has recently taken the Level Two Officials’ ITU exam and hopes to continue officiating international events.

Gallo was active in the establishment of Triathlon Canada in the mid-1980’s, and was an advocate for Triathlon’s inclusion in the Olympic Games.