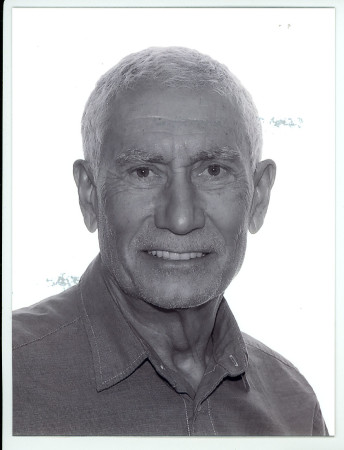 When you think of Milos Kostic, you see an amazing athlete who has defied time while achieving greatness well beyond many of those half his age.   Most recently this very unique athlete, who was born in 1941, captured his eighth world title at the 2014 Ironman World Triathlon Championships.

Kostic competed in the 70-74 age category against 31 other athletes from eight different countries. His latest championship conquest was an event that consisted of a 3.86 km open water swim, a 180.25 km bike ride and a 42.22 km run.

As a three-time Canadian Grand Master Athlete of the Year and 2012 Triathlon Magazine Canada’s Athlete of the Year, the inspirational Kostic has beaten father-time by setting many Ironman World Championship world records in the men’s 65-69 age group.

Originally from Belgrade, Yugoslavia (now Serbia), Kostic attended the University of British Columbia as a foreign exchange student. After obtaining a degree in engineering, he remained in Canada settling in Regina.  Kostic began competing in Saskatchewan road running events in 1980 before advancing to marathons, triathlons and half-ironman events throughout Western Canada, North America and Europe.

Kostic has always been true to his belief that if one persists with sport into later years, trains hard and competes, the success follows.  His awe-inspiring success includes many Sask Sport awards including the 2006, 2011 and 2014 Masters Athlete of the Year and 2011 Sask Triathlon Age Group Athlete of the Year.

Kostic has tested his athletic skills at the highest level of the Ironman events by competing at the lronman World Triathlon Championships, which are held in Kona, Hawaii. To say he has mastered this competition would be an understatement as he has been crowned champion of his age group an incredible seven times. He continued his trend to reach new championship levels at the Half Ironman World Championships in Henderson, Nevada, which he won twice. In fact, Kostic was a double World Champion, twice winning Kona and Henderson in succession.

In addition to his many Ironman Marathons, Kostic has successfully completed two Boston Marathons finishing first each time in his age group.

Between his rigorous training, Kostic found the time to become founding president of the Marathon Matters ultra running club and was a key member on the first Queen City marathon board of directors.  As an International Association of Athletics Federations (IAAF) road race course certifier, Kostic has also certified several local races to international standards.