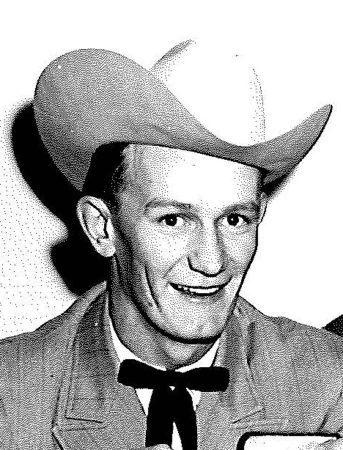 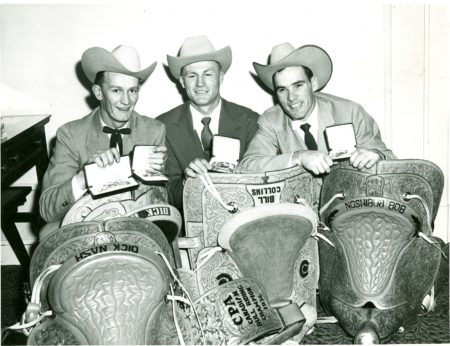 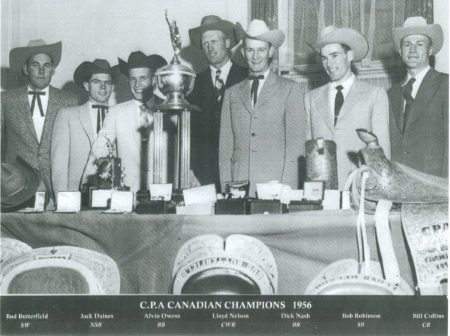 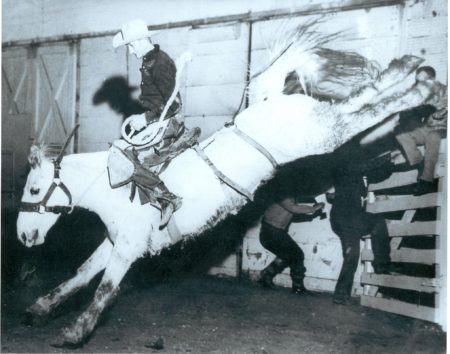 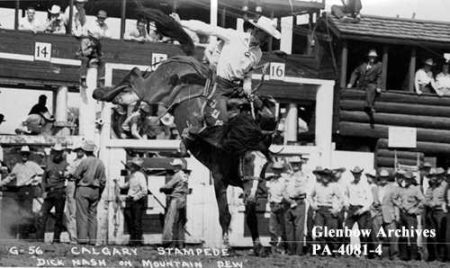 Richard Melville “Dick” Nash didn’t have the longest rodeo career. But, it was a memorable one.

Nash grew up in Mantario, Saskatchewan with a love for horses and an outdoor way of life. That love evolved from a passion into a profession, as he travelled throughout Canada and the United States competing in rodeos.

Eventually, he came to be considered one of the best in the world.

As one of 12 kids growing up in his family, Dick left home at 16 to join the rodeo circuit, sending money home to help his family. In the early years he earned more bruises than prize money, but he kept persevering and turned professional in the early 1950s. By that point Nash was winning consistently on the rodeo circuit.

Although he never forgot his Saskatchewan roots, Nash married his wife in 1956 and moved to Alberta. However, that year was also memorable for other reasons.

In 1956, Nash won the Canadian All-Around Championship and Canadian Bull Riding Championship – the first Saskatchewan cowboy to claim these titles. He also finished second in saddle bronc. Moving on to the World’s Championship Rodeo, Nash claimed the world’s saddle bronc title in Boston that same year.

In addition to his national and international titles, Nash was the top bull rider at the prestigious Calgary Stampede Rodeo in 1956.

While competing at a rodeo in Hardisty, Alberta, Nash was kicked and stepped on by a bronc named Wagon Wheel. Nash died at the age of 31 competing in the sport he loved.

In 1991, Nash was honoured as one of the Pioneers of Rodeo with a certificate from the Calgary Stampede for his contribution to the growth, development and preservation of rodeo in general, and the Stampede in particular. He was also inducted into the Canadian Professional Rodeo Hall of Fame in 2001.