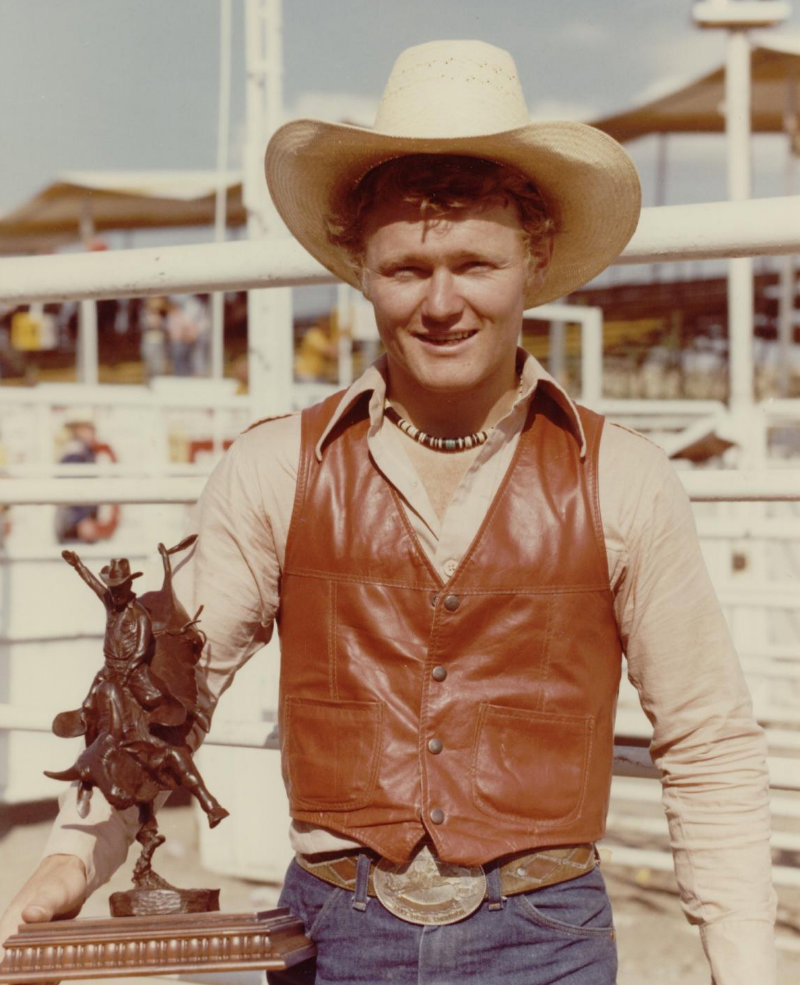 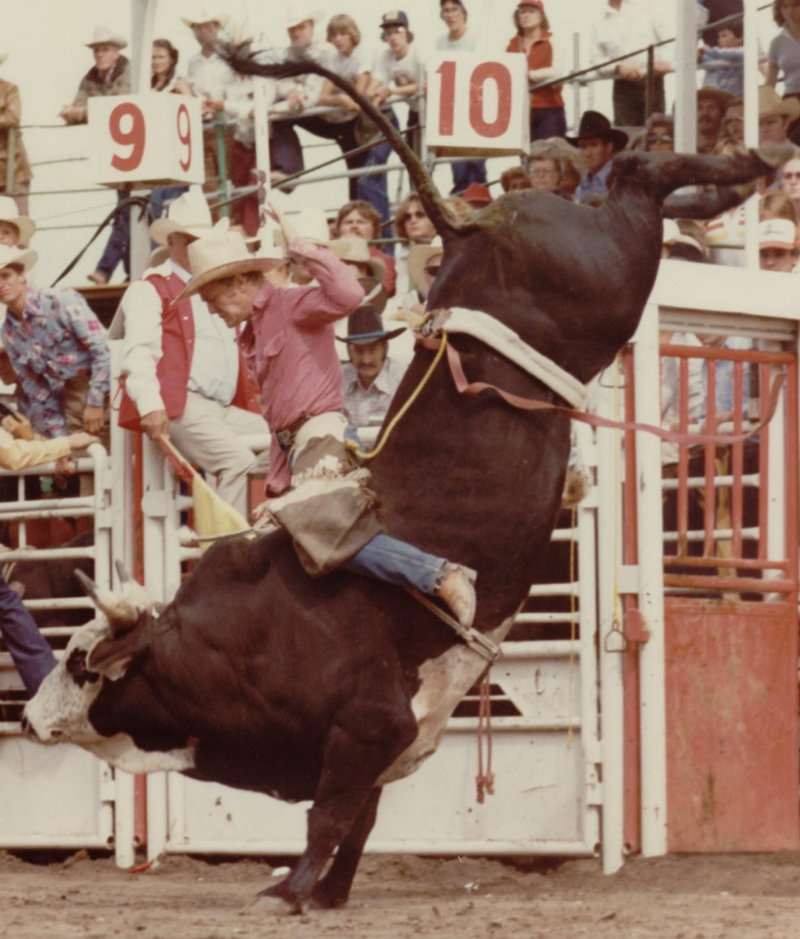 Brian Claypool was born in Lucky Lake and raised in Saskatoon. His interest in rodeo blossomed at an early age with Brian entering “buckin’ pony” events at rodeos where Brian’s dad was entered in the chuckwagon races. By age 13, he was competent enough to win the Calgary Stampede Boy’s Steer Riding event over 97 other young riders. He began his bull riding career in 1968 and won his first event in 1969 at age 15.

After graduating from E.D. Feehan High School in Saskatoon where he was named Athlete of the Year in 1972, and where he was the Saskatoon and Saskatchewan High School Wrestling Champion in the 130-pound class, he turned all his efforts to becoming a fulltime rodeo cowboy.

Internationally, Brian qualified for the National Finals Rodeo in Bull Riding in 1974 and 1976. He was the champion in Bull Riding (1972) and Saddle Bronc (1974) at the Pendleton Roundup in Oregon. He also won the “All Around Cowboy” award at Moses Lake, Washington in 1972 and Lewiston, Idaho in 1973.

Brian died tragically in May 1979 when the small plane he was flying in to a rodeo, crashed in the Northwest United States. Brian had led the way for Saskatchewan rodeo athletes to make a real impact on the rodeo world.