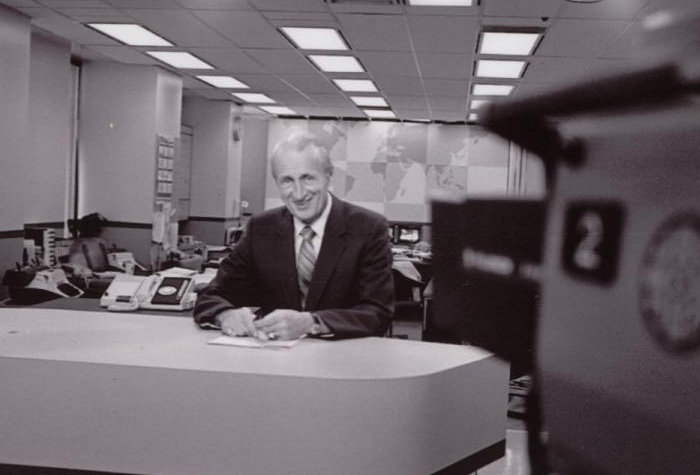 Lloyd Saunders began his sports career as an athlete, but in 1945, changed his focus from athlete to broadcaster. He soon became known as the radio voice of the Saskatchewan Roughriders, and in 1948 was the first Saskatchewan broadcaster to do the play-by-play commentary for a Grey Cup game.

Lloyd spent hundreds of nights as a speaker or MC for sport dinners throughout Saskatchewan. In 1986, he was inducted into the Canadian Football Hall of Fame for Media Personnel.