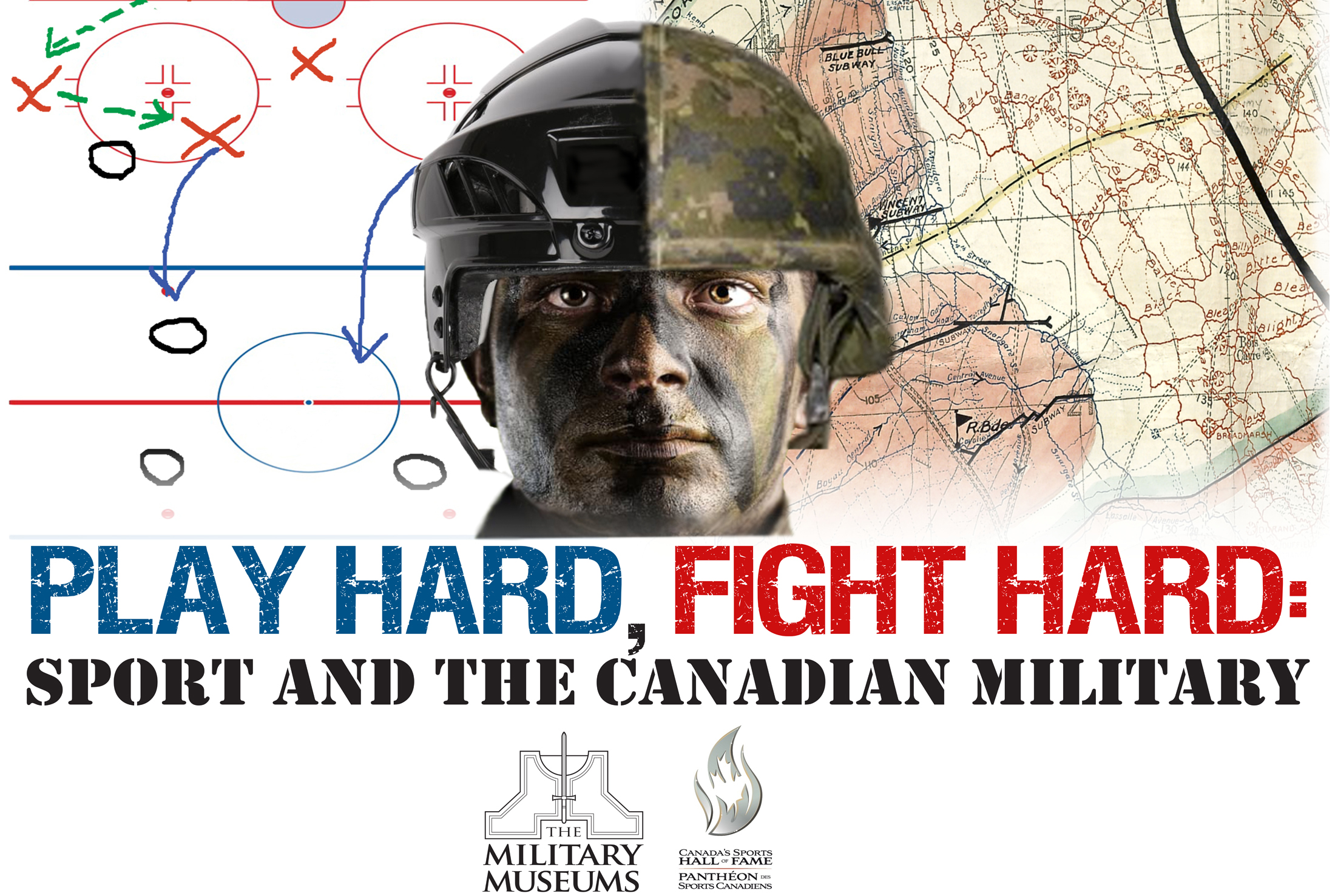 Created through a partnership between The Military Museums in Calgary and Canada’s Sports Hall of Fame, Play Hard, Fight Hard: Sport and the Canadian Military explores the relationship between sports and military service dating back to the late 19th century. Stories from the 120 Honoured Members of the Saskatchewan Sports Hall of Fame who proudly served several branches of the military will supplement the nationally-touring exhibit for a unique visitor experience. This is the largest touring exhibit that the SSHF has ever hosted and as such illuminates the personal stories of many of those who served.

A wide range of sports, from hockey to football to the uniquely military game of Broom-i-loo are featured. Also highlighted is the Soldier On program, which uses activity and sport to support wounded military members and veterans like Mark Fuchko, who appears in the exhibit. The Saskatchewan Sports Hall of Fame underwent renovations in two of their three galleries and exterior improvements to prepare for the arrival of the exhibit.

SSHF inductee Lt.-Col. Ed Staniowski was on hand for the opening of the exhibit. Staniowski starred in goal on the Regina Pats 1974 Memorial Cup-winning team and went on to play 10 seasons in the National Hockey League with St. Louis, Winnipeg and Hartford. After retiring from the NHL, Staniowski served in the Canadian Forces and reached the rank of Lieutenant-Colonel in the primary reserves. Staniowski was deployed in eight overseas operations during his 29 years in the Forces. 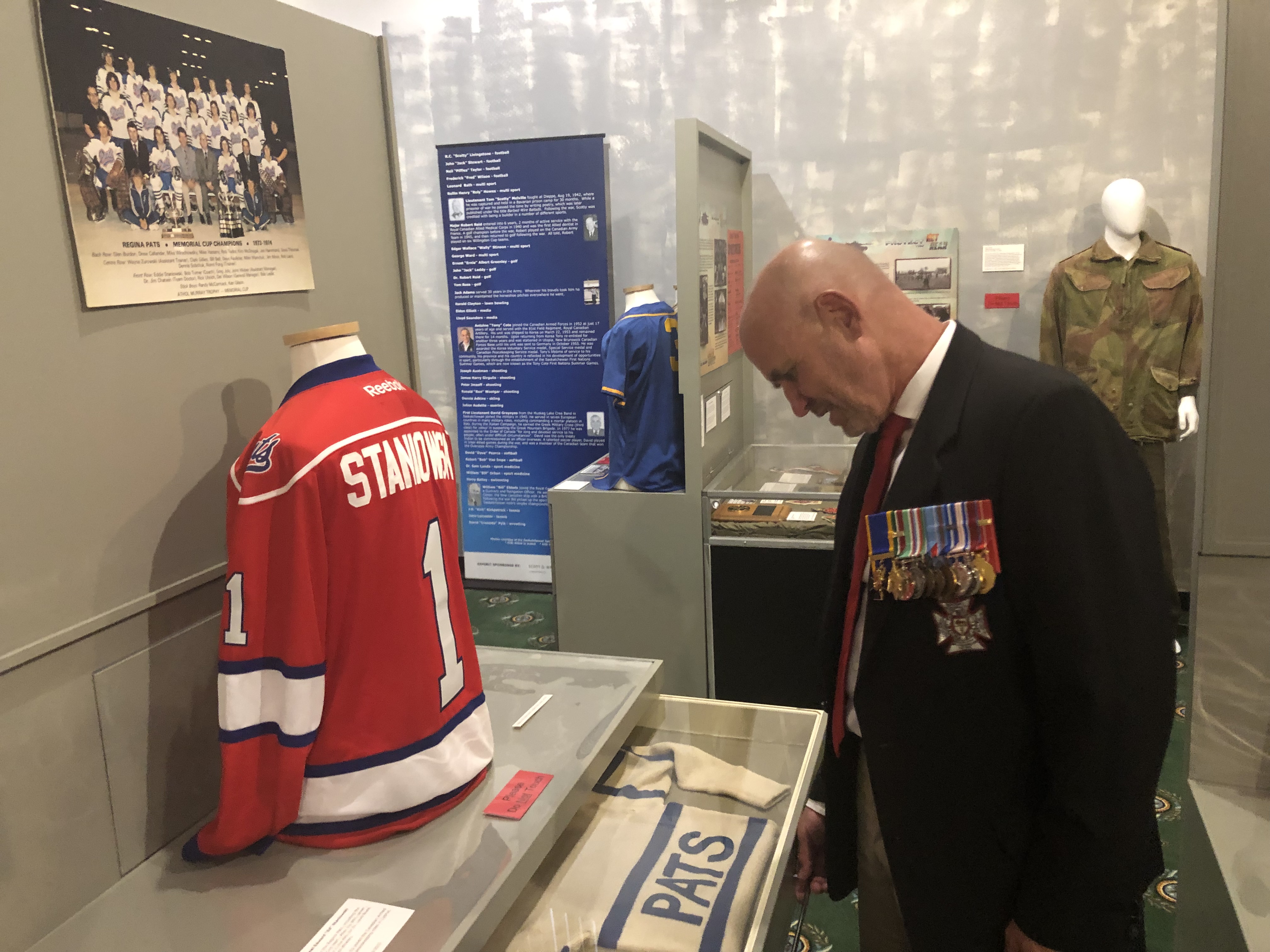 Staniowski said of the exhibit: “It truly captures the essence of what sports and the military have in common. There’s a great deal of character, the focus, morale and the sacrifice that goes with being a successful athlete is common to serving in the military. The team environment is always required to be successful in the military – that was certainly my experience for 29 years.

“Soldiers who are deployed in far-off places find time to bond with sports. I remember playing ball hockey in West Africa, in Sierra Leone and if the ball went over the fence you didn’t go get it because the grass was long and the snakes were deep. Sports, and certainly hockey, were a big part of both of my careers and it’s wonderful to see it captured here at the Sask. Sports Hall of Fame.”

Play Hard, Fight Hard will run until January 18, 2020, at the Saskatchewan Sports Hall of Fame.