NOTICE – The Saskatchewan Sports Hall of Fame will be closed to the public from Wednesday, Jan. 19 to Friday, Jan. 21 as we install our new Winter Olympic exhibit. That new exhibit will open on Saturday, Jan. 22 at noon. We apologize for the inconvenience. 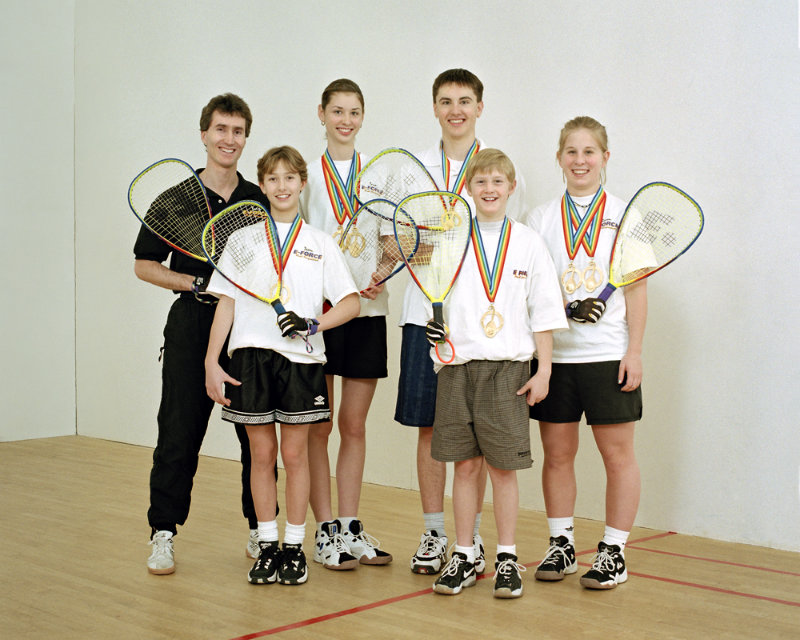 Thanks to Loren Prentice, athletes in Saskatchewan have made a lot of racquet over the years. For more than 25 years he has coached racquetball players in the province, leading them to success on the court.

From 1982 to 2004 Prentice actively took coaching courses – training specific to racquetball as well as coaching theory in general. Eventually, it led to him becoming involved with the national program. Prentice has been a coach with the junior national racquetball team since 1996, and served as a coach with the national team from 2002 to 2004. In 2001 he was named head coach of the Racquetball Canada National Training Centre. Prentice also assisted Racquetball Canada by participating on various committees – coaching committee, high performance committee and a steering committee for the long-term development of athletes.

Encouraged by national team head coach Ron Brown, Prentice took his education to another level in 2000 when he began introductory work with the National Coaching Institute – Manitoba. Two years later, the National Coaching Institute – Saskatchewan opened and Prentice benefited from the learning opportunities. He completed his diploma in January 2004.

Prentice has coached development, junior and senior athletes with great success. He has worked with world champions, as well as athletes who have won numerous silver and bronze medals at world championships.