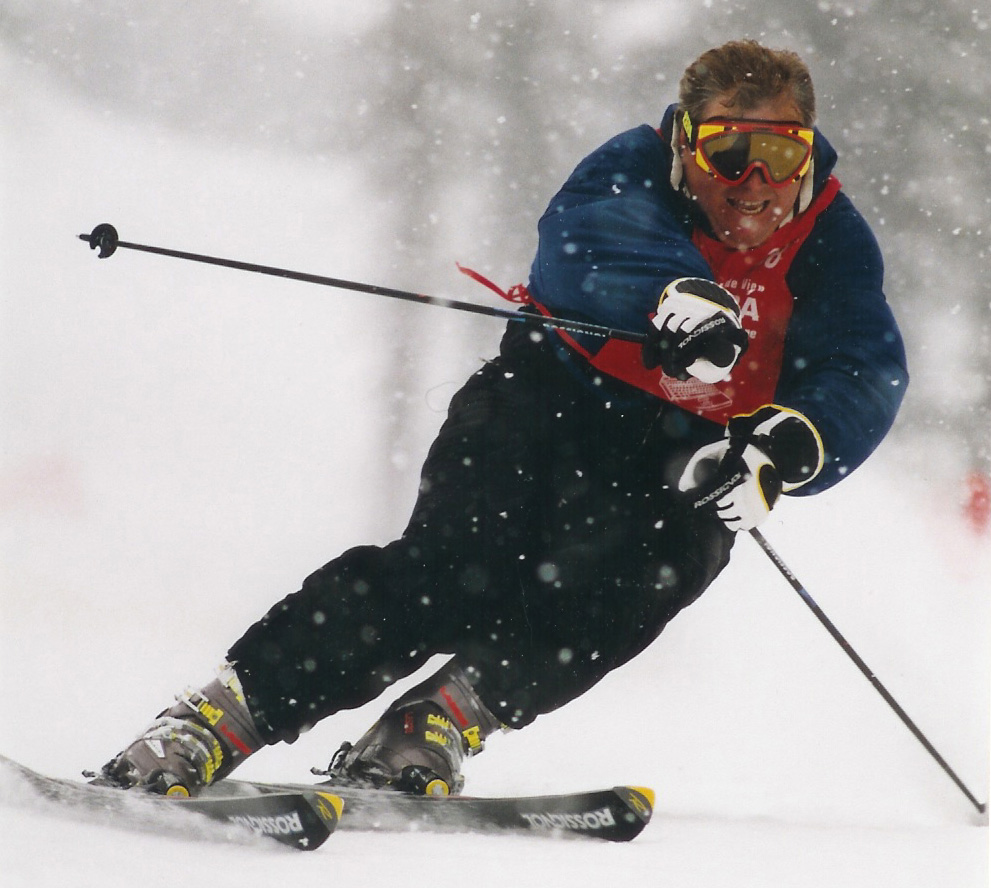 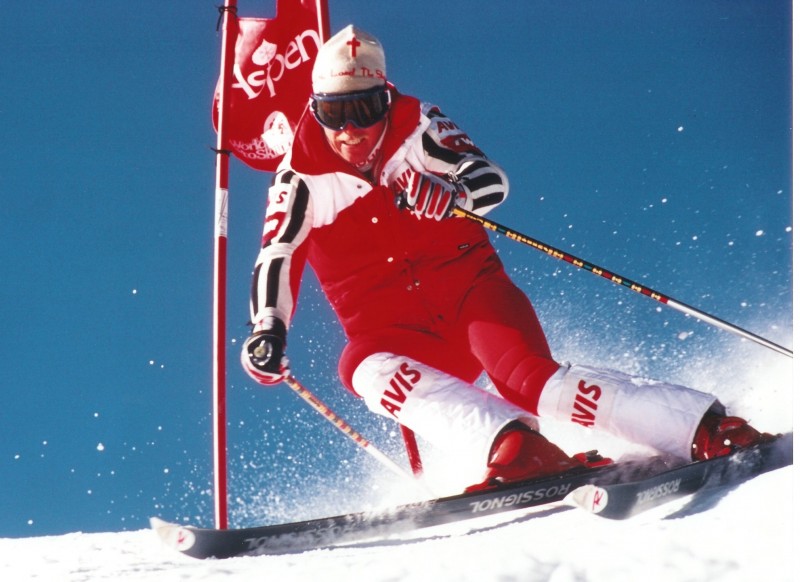 After growing up in Shaunavon, Jim Hunter moved to Calgary at age 12 where he immediately became fascinated with downhill skiing and the speed associated with this sport. By age sixteen in 1970, Hunter had become a member of the Canadian Alpine Ski Team and had been crowned with the nickname “Jungle Jim” because of his aggressive, devil-may-care approach to downhill skiing. He became a charter member of the Canadian skiers who earned the description as the “Crazy Canucks” because of their style and demeanor towards the alpine races in the Du Maurier International World Cup series.

In the 1970/71 season, he gained prominence with a ninth-place finish in a World Cup downhill race in Switzerland. In 1972 at the World Championships, Hunter reached the podium with a bronze in the combined event to become the first Canadian to win a World Championship medal. 1972 was also the year that Jim won both the Canadian and United States Giant Slalom titles. Hunter was the Canadian team’s top all-around performer and in 1975/76 he placed in the top ten in World Cup Downhill events four times. Jim achieved further success on the World Cup circuit where he managed 17 top-ten finishes and was on the podium twice. He returned to the Olympics in 1976 at Innsbruck where he placed 6th in the combined and 10th in the downhill. In 1977 at the Shell Cup, he took his seventh consecutive giant slalom title.

Hunter later turned to pro skiing and became the first Canadian to win an event at this level. Following his injury-shortened career, Jim was named to the United States Alpine Skiing Hall of Fame in 1978 and the Alberta Sports Hall of Fame in 1987. As well, he received the John Semmelink Award from the Canadian Ski Association in 1977 as a skier who, through sportsmanship, conduct, and ability best represents Canada in international competition.