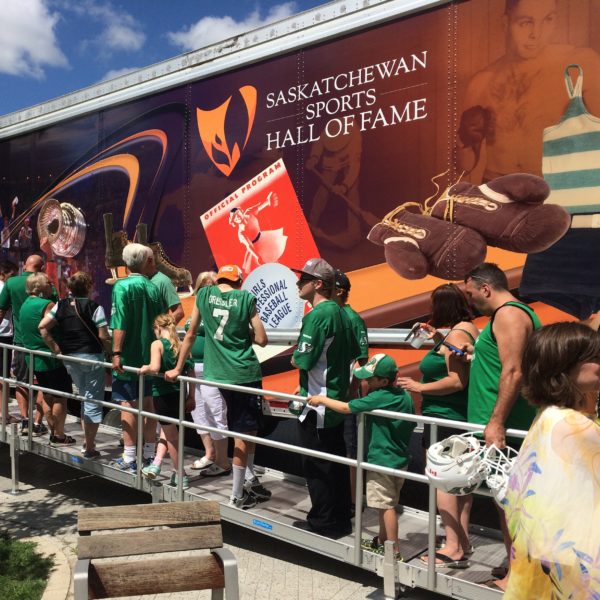 We are thrilled to announce that our Traveling Exhibit will be in attendance when the Tim Hortons Brier returns to Regina!

In 2016, we officially launched our first-ever Traveling Exhibit as part of our 50th Anniversary celebrations. A converted 53-foot semi-trailer filled to the brim with artifacts that speak to Saskatchewan’s rich sport history has now embarked on two ambitious provincial tours.

When you enter the trailer you will be instantly transported back in time to some of Saskatchewan’s proudest sports moments. Every effort has been made to include as many of our inductees and represented sports as possible. Special attention has also been given to football, hockey, curling and major sporting events. With plenty to see and do, Brier fans will not want to miss the opportunity to see our traveling exhibit. 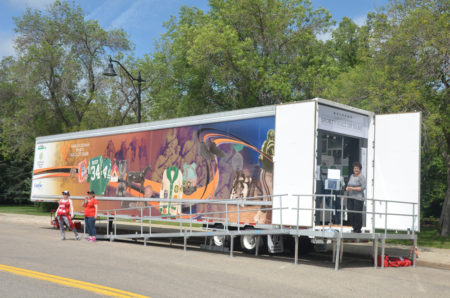