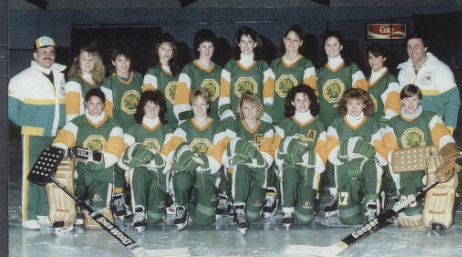 The team had enjoyed much success during the season having won tournaments in Brandon and Saskatoon and finishing third in Calgary and Edmonton tournaments.

The team, which was deemed an underdog at the start, showed great tenacity in the Canadian championships. After recording a 7-2 record in the round robin portion of the championships, they went on to win both the semi-final and final games in double overtime.

While becoming the Canadian champs, they did not place any players on the first or second all-star teams. They won, not because they were composed of a few great stars, but because they worked so well as a team.

The team was chosen as the Sask Sport Athlete of the Month in April 1988 and several members went on to represent their province and their country in ringette events like the Canada Winter Games and World Ringette Championships.