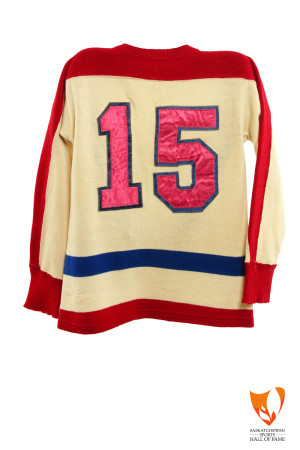 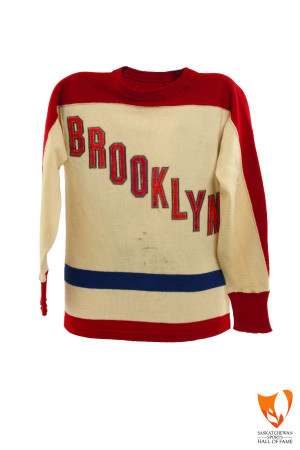 #15 Brooklyn hockey sweater worn by Hockey Inductee, Frank “Buzz” Boll, in the 1941-42 season. The only year the “Brooklyn” name was used by the New York Americans, the 3rd expansion team of the National Hockey League. The team suspending operations in 1942 due to the twin strains of World War II and longstanding financial difficulties.