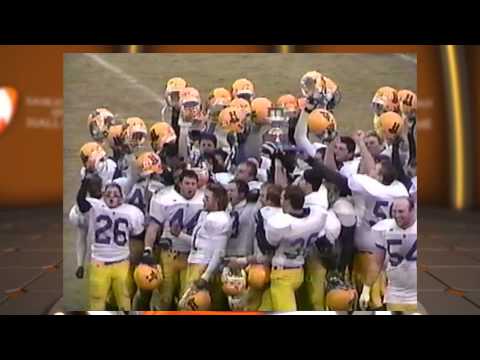 The 2002 version of the Saskatoon Hilltops continued their on field success finishing the season with a 6-2 record. A playoff victory over the Regina Thunder placed the Hilltops and Edmonton Huskies in the final again. Saskatoon won 19-18 making it the second straight year they’d beaten Edmonton by a single point in a come from behind victory in the final.

The Hilltops then needed a big second half performance to overcome a 14-8 deficit to beat St. Leonard Cougars 20-18 for their second Canadian final in two years. For his on-field efforts, Gabe Mackasey was chosen as Canada’s outstanding defensive player for the season.